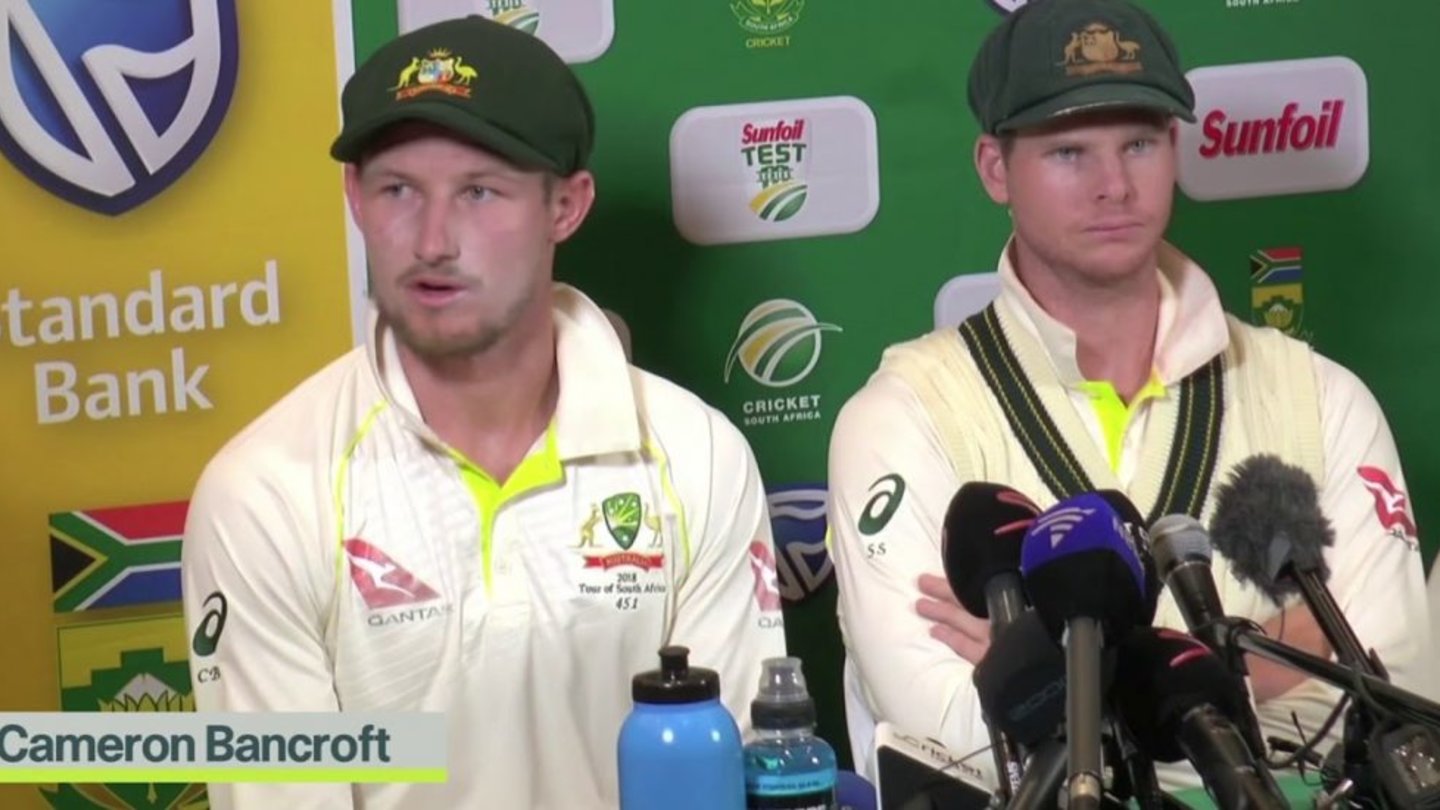 The unedifying ball-tampering crisis engulfing the Australian cricket team and its captain Steve Smith has placed the spotlight squarely on the response by the sport’s governing body, Cricket Australia.

How an organisation responds to a high-profile crisis often says more about its real values than any slick ad campaign could ever hope to communicate.

But the early signs are not good judging by the initial response from long-serving Cricket Australia CEO, James Sutherland.

At a media conference on Sunday morning in Melbourne, a visibly shocked Sutherland initially refused to say whether Steve Smith would be sacked as captain. He also declined to call the ball-tampering “cheating” and studiously avoided using the word even though the evidence was in.

Sutherland told the media Smith would continue to captain the Australian team while an “integrity investigation” was conducted into the ball-tampering incident. “We need to understand the facts before we take action,” he said.

But only a few hours earlier in South Africa Steve Smith and Cameron Bancroft had actually admitted to ball-tampering during an after-match media conference. They could hardly have done otherwise. It was seen live on TV during the third test and subsequently broadcast around the world. Even our Prime Minister weighed in, slamming the team for “cheating”.

Incredulous reporters covering Sutherland’s presser could be heard asking him what further evidence he needed to stand Smith down as captain.

This clearly didn’t pass the pub test, and Cricket Australia issued a statement late on Sunday announcing that Smith and Dave Warner had agreed to stand down as captain and vice-captain respectively for the remainder of the game.

Sutherland and Cricket Australia failed at the first hurdle in their response to a developing crisis, and it doesn’t augur well as the crisis unfolds in the days and weeks ahead.

So, how should Cricket Australia respond to the worst captaincy crisis since 1981 when skipper Greg Chappell instructed his brother Trevor to bowl underarm with the last ball in a match against New Zealand to secure a victory?

With fans and former players across the world branding the Australians as cheats, Cricket Australia must take firm and decisive action now to cauterise this crisis and begin rebuilding the reputation of the team. These are my suggested responses:

• Steve Smith’s position is untenable and Cricket Australia should terminate his contract immediately. This can be achieved by triggering the clause in his contract covering player behaviour. By his actions, Smith has unquestionably brought the game into disrepute and damaged Cricket Australia’s reputation with fans and sponsors. Smith can still ply his trade in the Indian Premier League.

• Steve Smith has admitted some members of his “leadership group” were aware of his decision to cheat by tampering with the ball. This includes vice-captain David Warner. He should receive a minimum 12-month ban from representing Australia in all forms of cricket.

• Cameron Bancroft, who did the illegal tampering under the glare of live TV cameras, should also be banned for 12 months.

• To date, there has been a deafening silence on this crisis from the team coach, Darren Lehmann. His win-at-all-costs attitude has been blamed for a poor culture in the team. There is media speculation he aware of the cheating ploy. If this was the case he should be sacked immediately.

Crises demand leadership from the top, and outraged Australian cricket fans are demanding some decisive action from Cricket Australia sooner rather than later.

Jaimie Fuller. the Executive Chairman of compression wear company Skins hit the nail on the head in a full-page open letter ad to Cricket Australia in the Sydney Morning Herald. He wrote in part:

“You need to tell us who’s behind this, who came up with the idea, who agreed to it, who knew about it. Not in one month or so, but in the next few days.

The fourth and final test of this acrimonious series is due to begin in South Africa on Friday. As it is, this game will be a humiliating farce for the Australian team.

Before then Cricket Australia needs to demonstrate some real leadership by announcing a satisfactory response to this unseemly crisis.